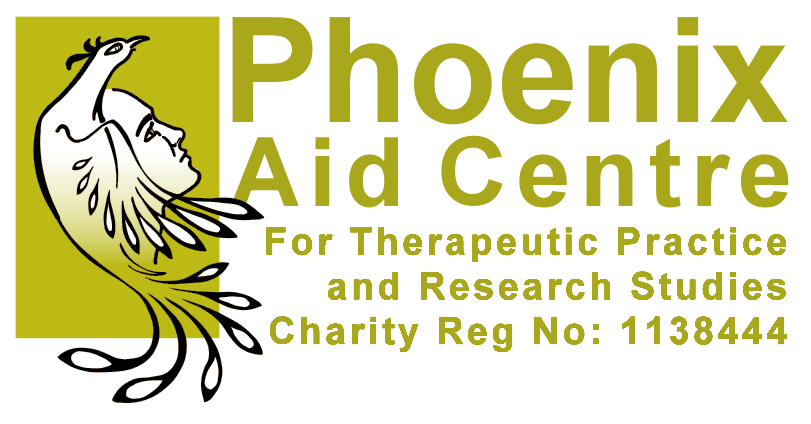 Some of my colleagues asked me to write about authenticity. My recent research study on political refugees brought me a better understanding of the concept of the authentic self; on which is based the following reflection.

Many writers, from ancient Greece to the Enlightenment, from Existentialism to contemporary social theory, have studied the concept of authenticity. Existentialist psychotherapists have also carried out exhaustive studies in this area. In the last three decades, authors like Taylor (2007), Ferrara (1998), Guignon (2008) and Varga (2013) have attempted to reconstruct authenticity. However, the concept specifically as a moral idea is relatively new, understood as being true to oneself for one’s own benefit.

Is it possible to be authentic?

In this paper, I attempt to outline what I mean by ‘authenticity’. The philosophical foundation as well as the existentialist psychotherapist’s perspective will briefly be emphasised.

A number of significant cultural changes in the 17th and 18th centuries led to the emergence of a new ideal in the Western world (Trilling 1972). During this period, human beings came to be thought of more as individuals than as socially oriented. At the same time, there was an increasing awareness of what Charles Taylor (1989) calls “inwardness” or “internal space”. The result is a distinction between one’s private and unique individuality, and one’s public self (Taylor 1991).

The important issue is that the ideas of authenticity and autonomy are related in many ways. The concept of autonomy emphasises the individual’s self-governing abilities. It is connected to the view that moral principles and the legitimacy of political authority should be grounded in the self-governing individual, free from diverse cultural and social pressures.

Another decisive factor was the simultaneous emergence of a distinctively modern concept of the self. This is visible in the work of Rousseau, who argues that the orientation toward life, which should guide the conduct one chooses, should come from an internal source.

The word ‘authenticity’ has become closely associated with Heidegger and Kierkegaard and was adopted by Sartre and De Beauvoir and by existentialist therapists and social theorists who followed them.

Kierkegaard’s work on authenticity highlights the notion that each of us is to become what one is (Kierkegaard, 2013 [1846]). He provides a criticism of modern society as causing “inauthenticity” leading to what he calls widespread “despair,” which manifests itself as spiritless-ness, denial, and defiance. In Kierkegaard’s view, “becoming what one is” and evading despair and hollowness is not a matter of solitary introspection, but rather a matter of passionate commitment to a relation to something outside oneself, which gives life meaning. For Kierkegaard, this ultimate commitment was his defining relation to God.

Some existentialists say that the key to becoming authentic is to face our own death and our own limitation.  In the dynamic process of opening ourselves to this reality and accepting it, we find ourselves most truly (van Deurzen, 2009; Cohn, 1997).  This idea is based on the view of Heidegger.

Heidegger considered the nature of authenticity in his exploration of existence, in which he refers to human existence as ‘Dasein’. The defining characteristics of Dasein’s potentiality-for-being are displayed in the transformative events that lead to the possibility of being authentic. It becomes possible to see the whole of Dasein, including both its being as a “They-self” and as authentic being-one’s-self (Heidegger, 1962 [1927]).

So the key to understanding authenticity lies in the characterisation of Dasein’s being as a relation between two aspects or dimensions making up human existence. On the one hand, we find ourselves thrown into a world and a situation not of our own making. At the same time, however, to be human is to move toward achieving ends understood as integral to one’s overarching life-project (ibid).

Sartre’s view is that all values are generated by human interactions in situations, so that value is a human construct with no external forces (existence precedes essence). Inauthenticity is often associated with Sartre’s (1984) ‘acting in bad faith’.  Sartre’s account of “bad faith” is a kind of self-deception and involves believing oneself to be something while being something else. For Sartre, the project of being in good faith seems impossible, as we are always necessarily in bad faith. The inescapable nature of bad faith seems to leave no possibility of authenticity. However, Cox’s summary of Sartre states that authentic existence is a project that has to be continually reassumed. A person is only as authentic as his present act. Authentic existence (the sustained project) is an unobtainable existentialist ideal. Nevertheless, it is an ideal worth aiming at (Cox, 2007).

De Beauvoir takes up Sartre’s characterisation of the human condition and expands on ideas only hinted at in Sartre’s famous lecture, “Existentialism is a Humanism” (1946), in developing a conception of authenticity. According to De Beauvoir, Sartre’s conception of the human being as “engaged freedom” implies not just that each individual finds his or her “reason for being” in concrete realisations of freedom, but that willing one’s own freedom necessarily involves willing the freedom of all humans.

De Beauvoir also builds on Sartre’s notion of engagement to extend the idea of authenticity. Following Sartre, the authentic individual will be the one who takes up the terrifying freedom of being the ultimate source of values, embraces it, and acts with a clarity and firmness suitable to his or her best understanding of what is right in this context. In this way, the conception of authenticity is continuous with the ideal of being true to ourselves: we are called upon to become, in our concrete lives, what we already are in the ontological structure of our being.

In my opinion, there is no ‘fixed’ or ‘authentic’ self.  The self is always becoming and should be understood as a process rather than a concrete thing.

Following Heidegger, existentialist therapists such as Cohn emphasise that there can be no authentic or inauthentic self, but only an authentic way of being in the world (Cohn 1997, p.125). For van Deurzen, recognising our own limitation in facing death is crucial to becoming authentic self and it is impossible to achieve authenticity as an entirety (van Deurzen, 2009).  We need also consider how the level of authenticity can vary in different areas of our life.

Most existential-phenomenological therapists assist their clients to be aware of their own meaning in life, to act accordingly and take responsibility for their actions. They thus achieve greater authenticity in the dynamic, developmental and ongoing process.

Those who desire to be authentic seek freedom to make choices in the direction of their beliefs and take responsibility to act.   Following Heidegger, they project their life into the future. In the example of political refugees, moving towards a high level of authenticity means pursuing their political goals and value system.  Their aspiration is related to their responsibility for others rather than focusing on themselves.  This project enabled them to follow the path towards their greater authentic self.  However, authenticity is not an absolute position or concrete state. In other words considering authenticity as a fixed phenomenon leads to inauthenticity. In this respect, authenticity and inauthenticity are part of our everyday lives.  The developmental process of authenticity involves all dimensions of existence: physical, social, psychological and spiritual.

Taylor, C. (1989). Sources of the Self. The Making of the Modern Identity, Cambridge: CUP.

Ferrara, A. (1993). Modernity and Authenticity: A Study of the Social and Ethical Thought of Jean-Jacques Rousseau. Albany, NY: Sunny Press.

If you need help immediately, please call Samaritans right away 116-123

Find the right counsellor or therapist near you